If you managed to make it to Marsden Cove for round 4 of the NZ Offshore Powerboat Series, then you were treated to an absolutely stunning weekend.

Weather was fantastic, along with classic car displays and fast boats – and of course the harbour was Flat (again)

We were lucky enough to have a new crew in Refurbgroup for this round – A father/son combo with Mike Knight on the throttles and Dad Mark Helms on the wheel.

Mike and Helmsy did a fantastic job in Refurbgroup settling in after a few laps, having a great battle with Espresso Engineers before really winding her up and ending up only 2 mph off the pace of NZHL #16 – That 2 mph can be easily rectified with a set of Herring Propellers like ours, so definitely nothing in the performance between the 3 boats.

Ok, so we are now resigned to the fact that this entire season will probably be flat – reminds me of when Team NZ lost the Americas Cup to Alinghi on Auckland Harbour.

We came into this season with a very competitive boat and crew in all conditions, we even showed we were on the money in the first race in Taupo, leading for most of the race until a rogue air injector decided to ruin our party and cause an engine blow up.

Our decision was to stick with our current set up for the whole season as we know our boat is well balanced and performs well in most conditions.

The priority for us now is to make sure we finish the final 3 rounds and therefore consolidating our 2nd place in the championship.

This doesn’t mean we will be sitting on our hands, we made some minor changes for Marsden cove and we still have a couple more tweaks up our sleeves for the remaining rounds.

For us, it’s all about competing as best we can as this championship is not over until the flag drops on the last race in Whitianga, but we are also looking ahead to next season and already have a plan to be more competitive.

Ultimately, this is exactly what we designed this class for. Fast boats competing hard where minor tweaks can make or break a season.

A huge thank you to our sponsors who have been extremely supportive this season: 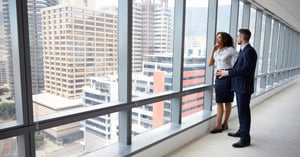 Using your house to get into commercial property 23 March 2015

A scenario I myself am currently investigating, and one I recently spoke to a client... 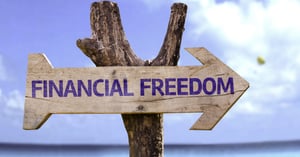